COSSACK’S SONGS OF DNIPROPETROVSK REGION. Inscribed in 2016 on the List of Intangible Cultural Heritage in Need of Urgent Safeguarding

Cossack songs are sung by communities of the Dnipropetrovsk region which tell stories about the tragedy of war but also the personal relationships of Cossack soldiers. The singers groups operate around two main performers: the first who has knowledge of all the song lyrics starts the singing, then the second begins (in an upper voice), followed by the rest of the group (with middle and lower voices). If male singers are not present in the group, women impersonate them by deepening their voices. It is a tradition that is transmitted within families where younger members learn from those more experienced, but its continuity is now in question due to an aging bearer population and the sparsity of other knowledge sources for new generations to learn from. 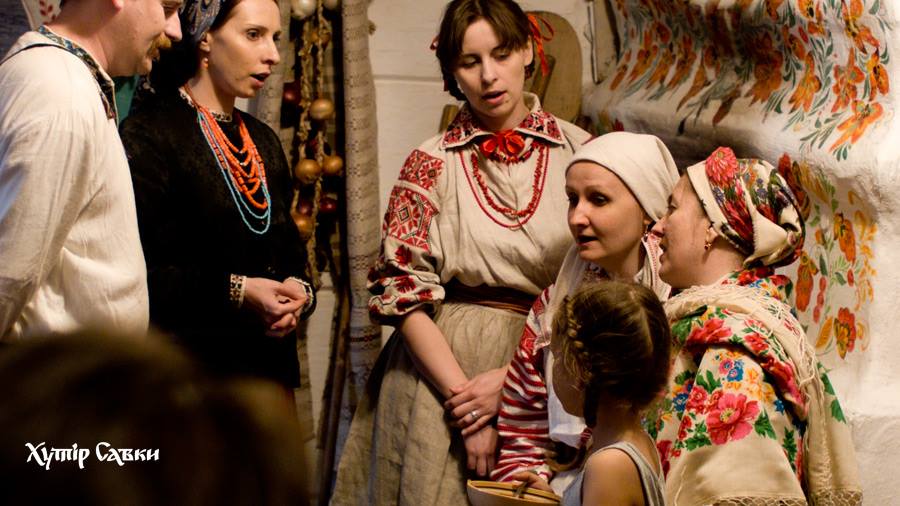 Volodar – authentic folklore scientific research way singing and ancient folk ceremonies providing group from Kyiv. It was established in 1993 by Iryna Klymenko within the framework of the traditional rural singing reconstruction, started in Ukraine by the Kyiv folk group "Drevo". Artistic Director of the ensemble is Marharyta Skazhenyk – ethnomusicologist, Candidate of Art Critic, Research Fellow at Music Ethnography Scientific Research Laboratory, Ukraine P. I. Tchaikovsky National Academy of Music in Kyiv (since 2003). The members of the group are outstanding ethnomusicologists-scientists, teachers of folk music, students folklorists. The repertoire of the ensemble consists from the songs and calendar rites recorded by the participants themselves in their numerous folklore research expeditions to the Prypyat Polissya (Ukrainian-Belarusian borderland), the Middle Dnipro region (Right Bank and Left Bank Cherkasy Region, South part of Kyiv Region), Eastern Volyn’ (Zhytomyr Region), local traditions from Poltava, Chernihiv, Dnipropetrovsk, Pidlyashia (Poland) regions, and others.