NATIVITY SCENE (SZOPKA) TRADITION IN KRAKOW. Inscribed in 2018 on the Representative List of the Intangible Cultural Heritage of Humanity

The szopka krakowska is a lightweight construction, which shows the Nativity Scene surrounded by representations of houses and monuments of Kraków, fantastically transformed by its constructor. Through the use of figurines – often mechanically animated – as well as artificial lighting, also other scenes are presented, depicting historical, cultural, and contemporary social events related to the life of the City of Kraków, but also Poland and the world. Each maker has their own method and style of constructing the crib, together with a specific colour palette and derives inspirations from various architectural styles, however, all the cribs share a common feature: the precision of making and the attention to detail. Every year, on the first Thursday of December, the makers gather at the footsteps of the Adam Mickiewicz Monument on the Kraków Main Square to present the results of their skills. 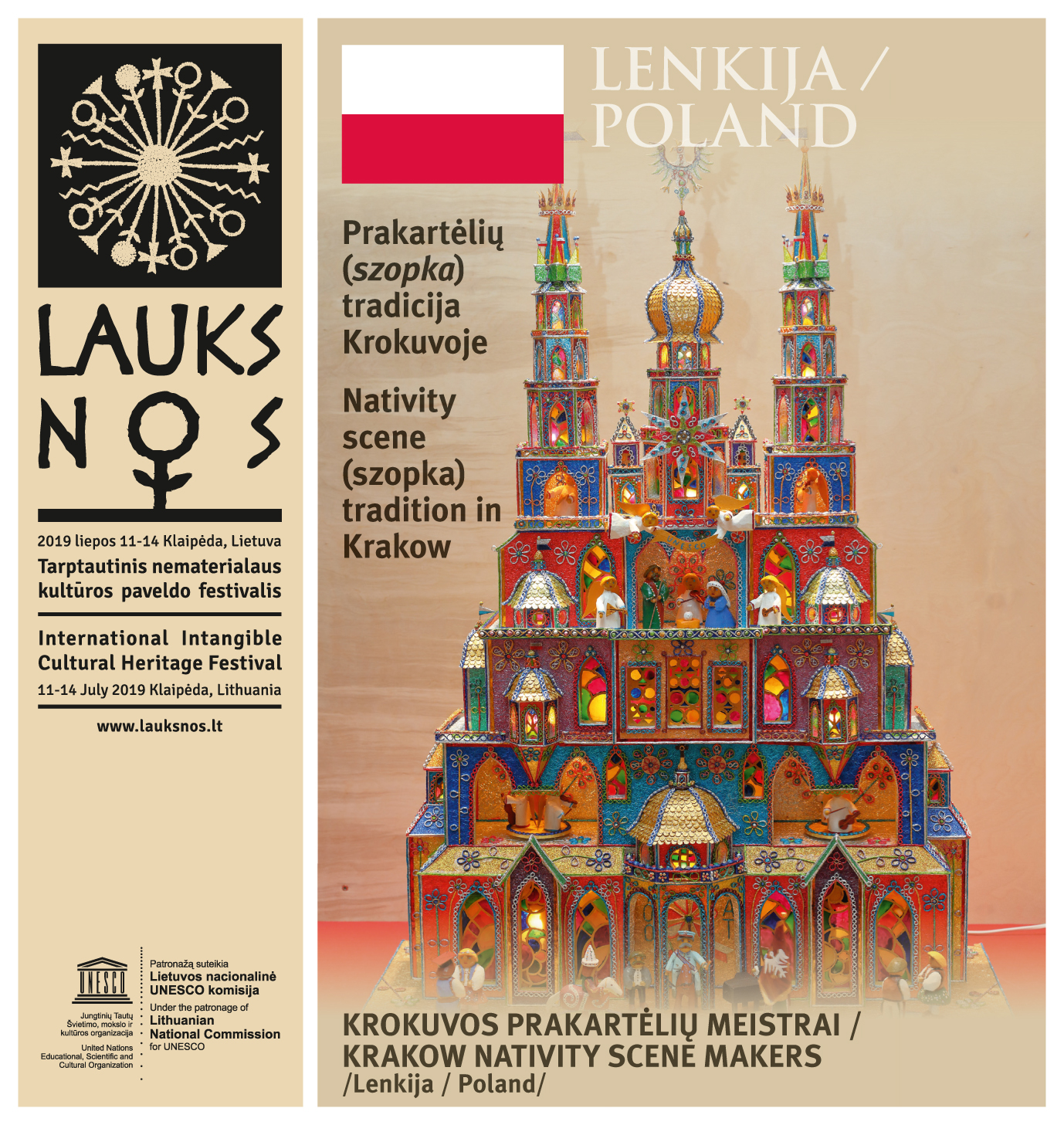 In the Festival LAUKSNOS will take part a group of known and awarded the Nativity Scene makers: Dariusz Czyż (the chosen representative of the group of bearers of the Nativity Scene tradition in Kraków) and Marek Markowski (the chosen deputy representative of the group of bearers), Renata Markowska, Marzena Krawczyk, Emilia Krawczyk, Jakub Zawadziński, Filip Fotomajczyk, Stanisław Malik and Andrzej Malik. They are masters in the art of constructing cribs. Everyone of them has own style and and favorite size of the Nativity Scene from a miniatures to cribs over three meters. Their participation in the Festival LAUKSNOS will be very special. In Klaipeda they are going to work together to create one unique Nativity Scene. Everyone of them will add their own elements and style. The szopka will be created in an open workshop. The participants and guests of the festival will also be able to help in making elements of the Nativity Scene. The members of the group will explain how to create the szopka krakowska and they will tell about history and tradition of this special handicraft.