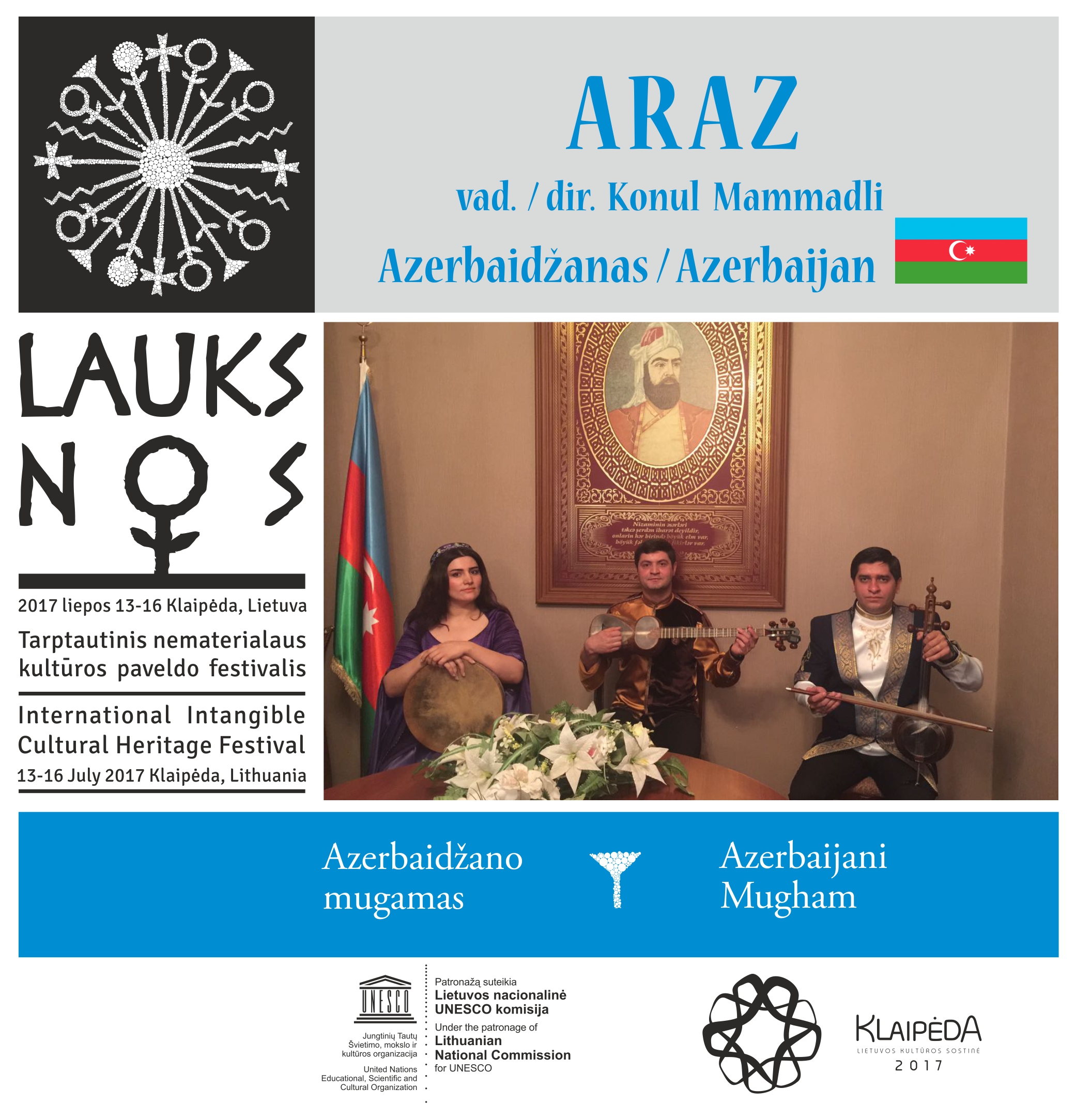 ARAZ, dir. Konul Mammadli (Baku). Leader of Araz, a young singer Konul Mammadli, has won a number of awards for successful and high-quality performances in various competitions. Young musicians Adalat Behbudov (tar) and Parviz Farhadov (kamancha), who perform together with her, are winners of the Republican Mugham Contest and the 7th Eurasian Voices International Festival. The three professional musicians formed Araz in Baku. They chose the name of the river for their trio and foster the performance art of mugham.

Azerbaijani Mugham (Azerbaijan). Inscribed in 2008 on the Representative List of the Intangible Cultural Heritage of Humanity.

The Azerbaijani Mugham is a traditional musical form, characterized by a large degree of improvisation. The Mugham, though a classical and academic art, draws upon popular bard melodies, rhythms and performance techniques and is performed in many venues throughout the country. Contemporary representations of the Azerbaijani Mugham reflect different periods of Azerbaijan’s history and its contacts with Persians, Armenians, Georgians and with other Turkic peoples. This musical genre shares artistic characteristics with the Iraqi Maqam, the Persian Radif and the Turkish Makams. This modal genre features a male or female singer accompanied by musicians playing traditional instruments, such as the tar (a long-neck lute), the kamancha (a four-string spiked fiddle) and the daf (a type of large tambourine).