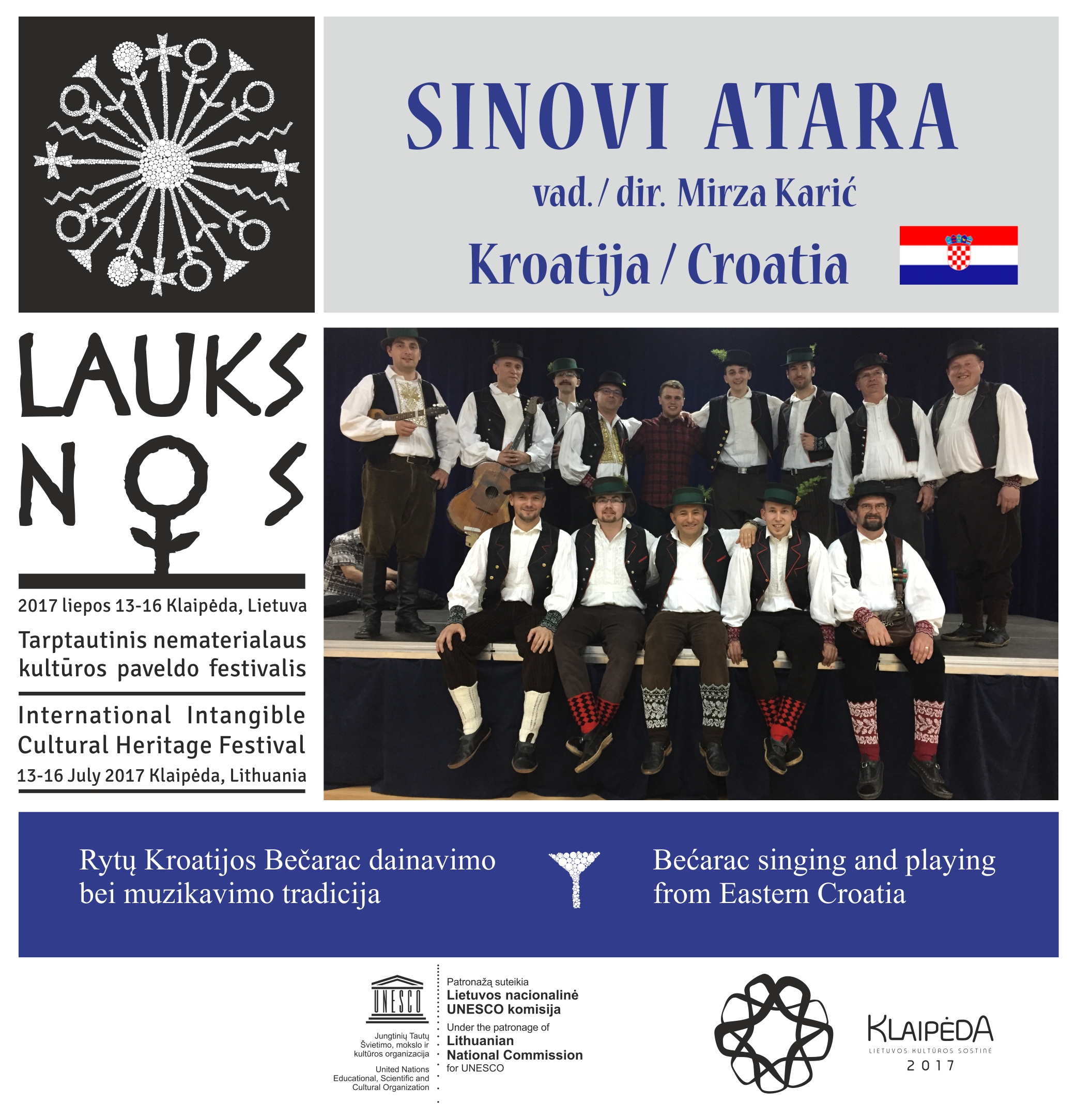 SINOVI ATARA“, vad. Mirza Karić (Zagrebas). The male vocal group, which carries the picturesque name "Sinovi atara", operates within the association for the preservation of Croatian cultural heritage CroETHNO in Zagreb. In the Sons of Atara sing the Šokci of Origin, but also the fans of the “Šokačke” Song that want to contribute to the preservation of the intangible cultural heritage of Slavonia, Baranja, Srijem, Bačka and other areas where Croats Šokci live. The group fosters traditional vocal techniques and musical excerpts of the aforementioned areas, collects singers and players of string instruments, and traditional instruments (samica, gajda, diplica and dvojnica). The sons of Atara perform in the original Slavonian costumes.

Bećarac singing and playing from Eastern Croatia. Inscribed in 2011 on the Representative List of the Intangible Cultural Heritage of Humanity

Bećarac is a popular genre of music in eastern Croatia deeply rooted in the cultures of Slavonia, Baranja and Srijem. Communication among its performers is essential: lead singers interchange vocal lines, striving to out-sing one another while creating, emulating and combining decasyllabic verses and shaping the melody – all the while accompanied by a group of singers and tambura bands. Nowadays, men and women are almost equally represented among tradition bearers. The Bećarac is spread widely throughout eastern Croatian communities and remains part of living practice – whether in completely informal situations of music-making or in contemporary festive events and celebrations. Many sub-types of Bećarac also exist, in addition to particularities introduced by lead singers.