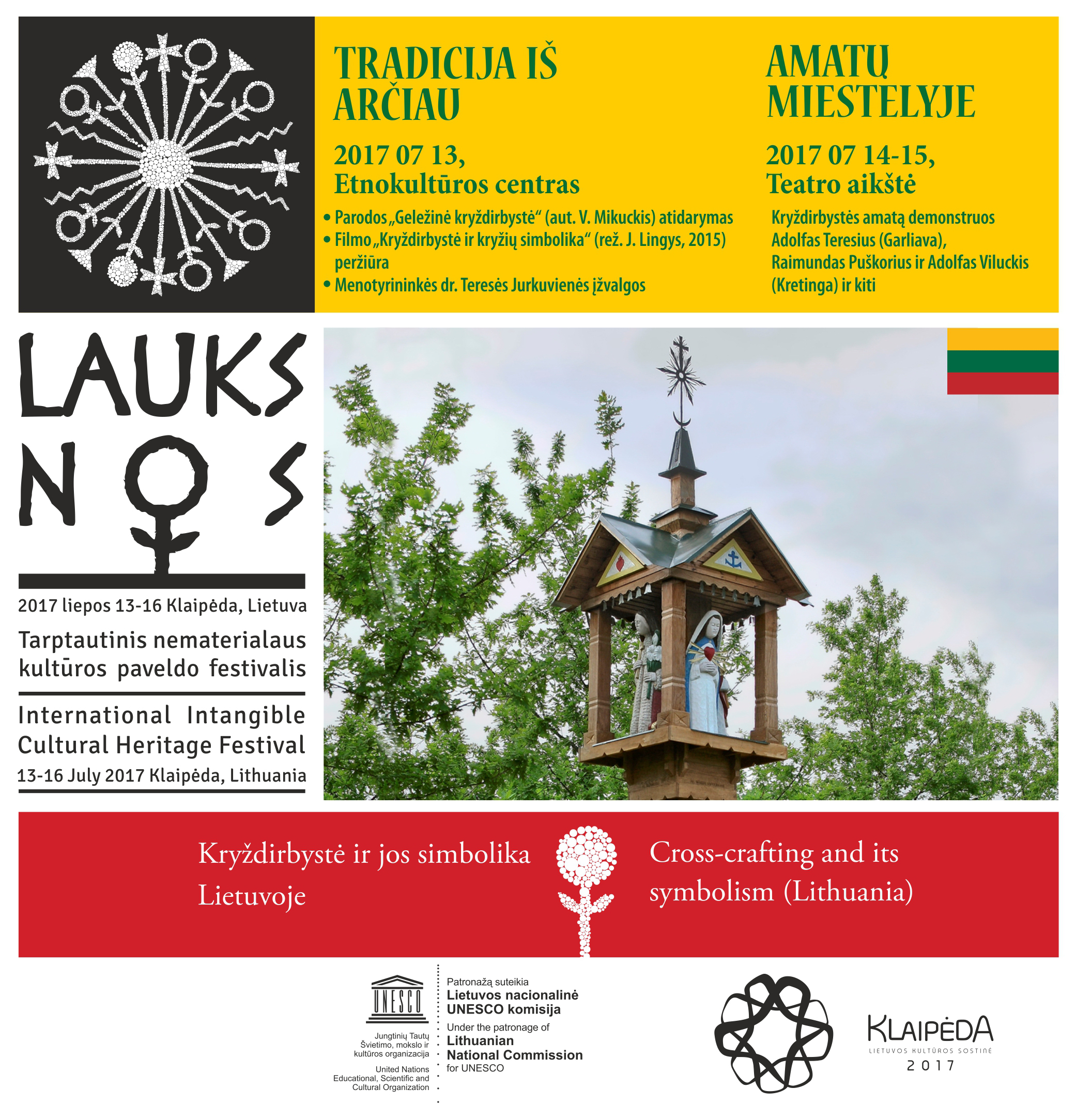 Cross-crafting and its symbolism (Lithuania). Inscribed in 2008 on the Representative List of the Intangible Cultural Heritage of Humanity (originally proclaimed in 2001)

Cross-crafting refers to a widespread tradition of making crosses and altars, as well as the consecration of these crosses and the rituals associated with them. The carved oak crosses are linked to Catholic ceremonies and harvest celebrations. Once the cross is consecrated by a priest, it acquires an inalienable sacred significance. They became the symbol of national and religious identity with its incorporation into the orthodox Russian Empire in the nineteenth century. Their symbolic role was reinforced under the Soviet regime, despite the fact that the crosses were officially banned. The crosses measure between one and five metres high and are often adorned with a small roof, floral or geometric decorations, and occasionally bear small statues. Statues of the Virgin Mary and various saints are often called upon to aid people in distress. The crosses are placed on roadsides, at the entrance to villages, near monuments and in cemeteries. A range of types of offerings are made, especially items of food, rosaries, money or coloured scarves (for a wedding, for example) or aprons, asking for fertility. The crosses are also an important meeting place in a village and a symbol of the unity of the community.