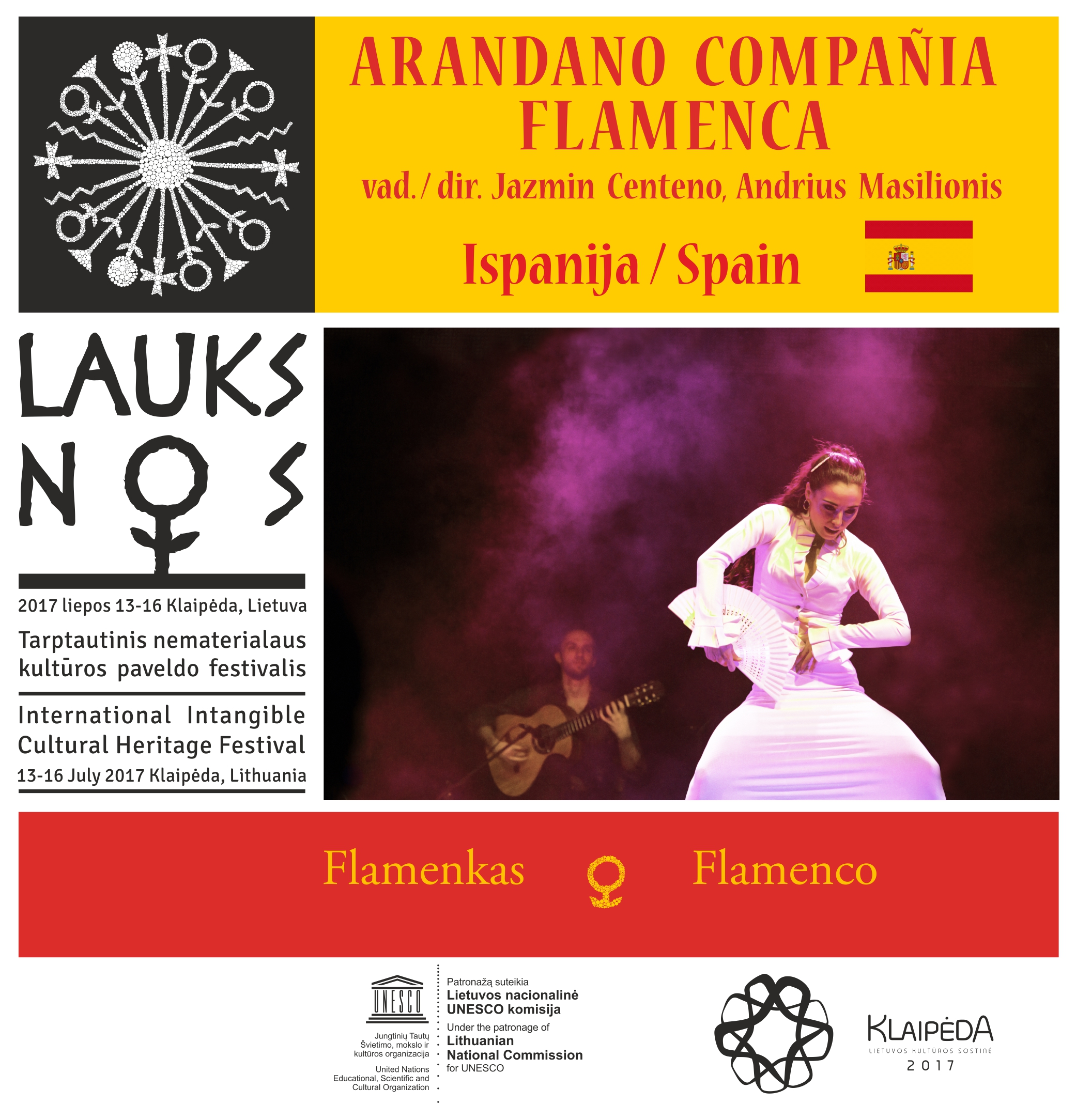 “ARANDANO COMPAÑIA FLAMENCA”, dir. Jazmin Centeno ir Andrius Masilionis (Seville). The group was formed in 2015 with a focus on flamenco roots while still exploring new forms and sounds. The company has toured in different parts of the world such as Asia, Australia, South America and Europe. This summer they are coming to Lauksnos festival with a quartet, accompanied by the Alicia Acuña, an extraordinary singer, specialized in accompaniment for dance, and Antonio Montiel, highly accomplished percusionist, musician and composer, who has been part of countless companies and festivals around rhe world and whose artistic activities expand from flamenco to Jazz and other various forms of music. Together, they showed the dedication, passion and intensity of this especially poignant art form, a live traditional flamenco show where heared the profound flamenco singing (cante), exciting, virtuosic flamenco guitar playing, a dominant and complex rhythm of flamenco percussion (cajon), and the delighted of a woman's dance (baile).

Flamenco (Spain). Inscribed in 2010 on the Representative List of the Intangible Cultural Heritage of Humanity.

Flamenco is an artistic expression fusing song (“cante”), dance (“baile”) and musicianship (“toque”). Andalusia in southern Spain is the heartland of Flamenco, although it also has roots in regions such as Murcia and Extremadura. Flamenco is performed during religious festivals, rituals, church ceremonies and at private celebrations. It is the badge of identity of numerous communities and groups, in particular the Gitano (Roma) ethnic community, which has played an essential role in its development. Transmission occurs through dynasties, families, social groups and Flamenco clubs, all of which play a key role in its preservation and dissemination.