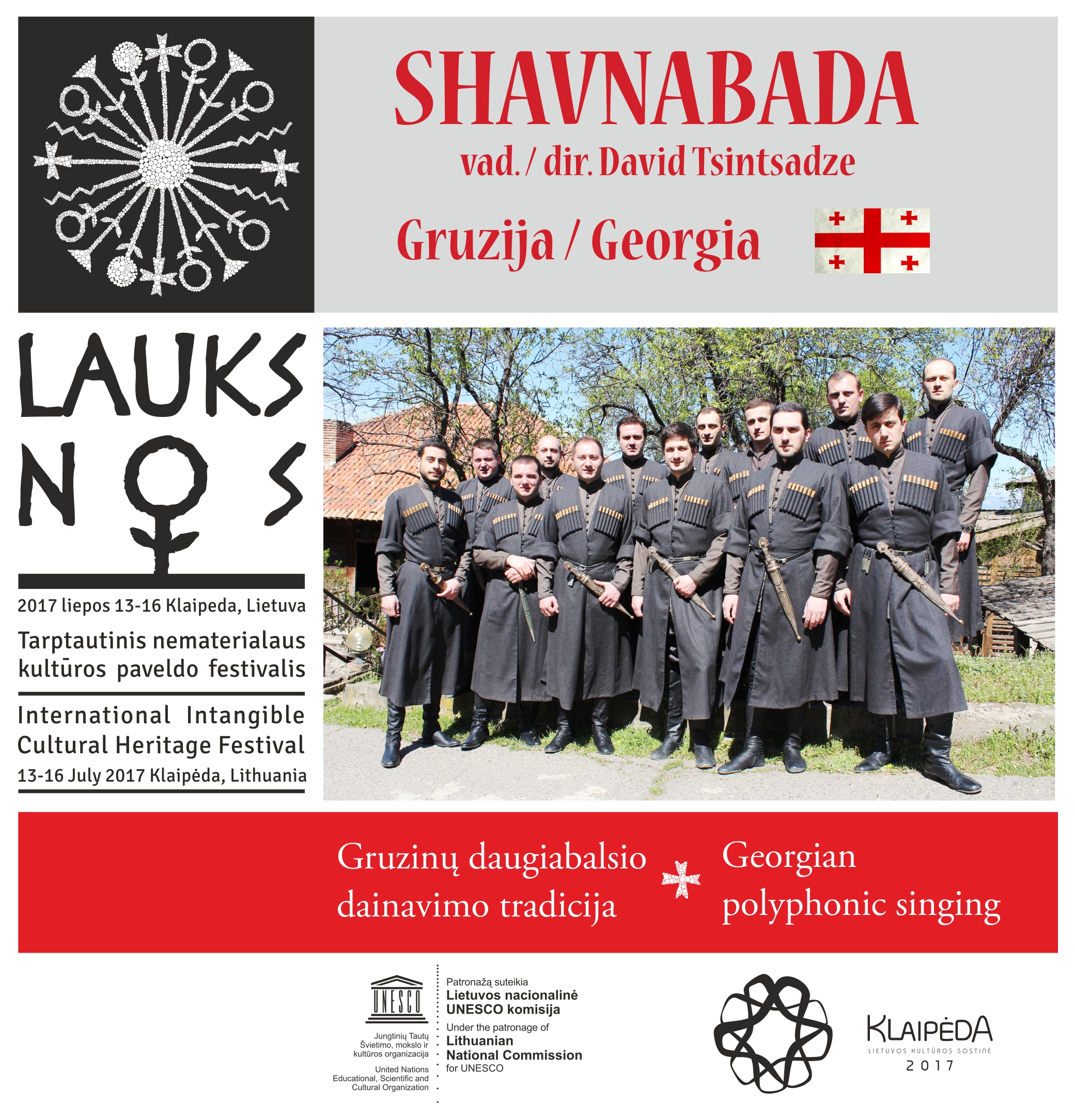 Folk ensemble “Shavnabada”, dir. Davit Tsintsadze (Tbilisi), was founded in 2005. We’ve been singing together since 2005, but individually have been schooled in children’s two folk singing choirs called “Martve” and “Bichebi”. The idea of our late gathering was a special love we all had with Georgian folk music. Ever since our goal has been to promote and preserve Georgian folk and church music. Preserve it as singers and also using any other possible cultural way. “Shavnabada” has successfully participated in many different folk festivals and concerts and in 2005 was conferred the rank of “laureate” in a nomination for ‘Preserving Georgian polyphonic songing’. This far, Shavnabada has released 9 CD albums in total, both folk singing and church songs. See more: http://www.shavnabada.net

Georgian polyphonic singing. Inscribed in 2008 on the Representative List of the Intangible Cultural Heritage of Humanity.
Popular singing has a highly valued place in Georgian culture. There are three types of polyphony in Georgia: complex polyphony, which is common in Svaneti; polyphonic dialogue over a bass background, prevalent in the Kakheti region in Eastern Georgia; and contrasted polyphony with three partially improvised sung parts, characteristic of western Georgia. Having previously suffered the drawbacks of socialist cultural policies, traditional Georgian music is now threatened by rural exodus as well as by the increasing success of pop music. In many archives one finds recordings of polyphonic songs from the beginning of the twentieth century; these recordings are, however, not secure enough to guarantee the long-term preservation.