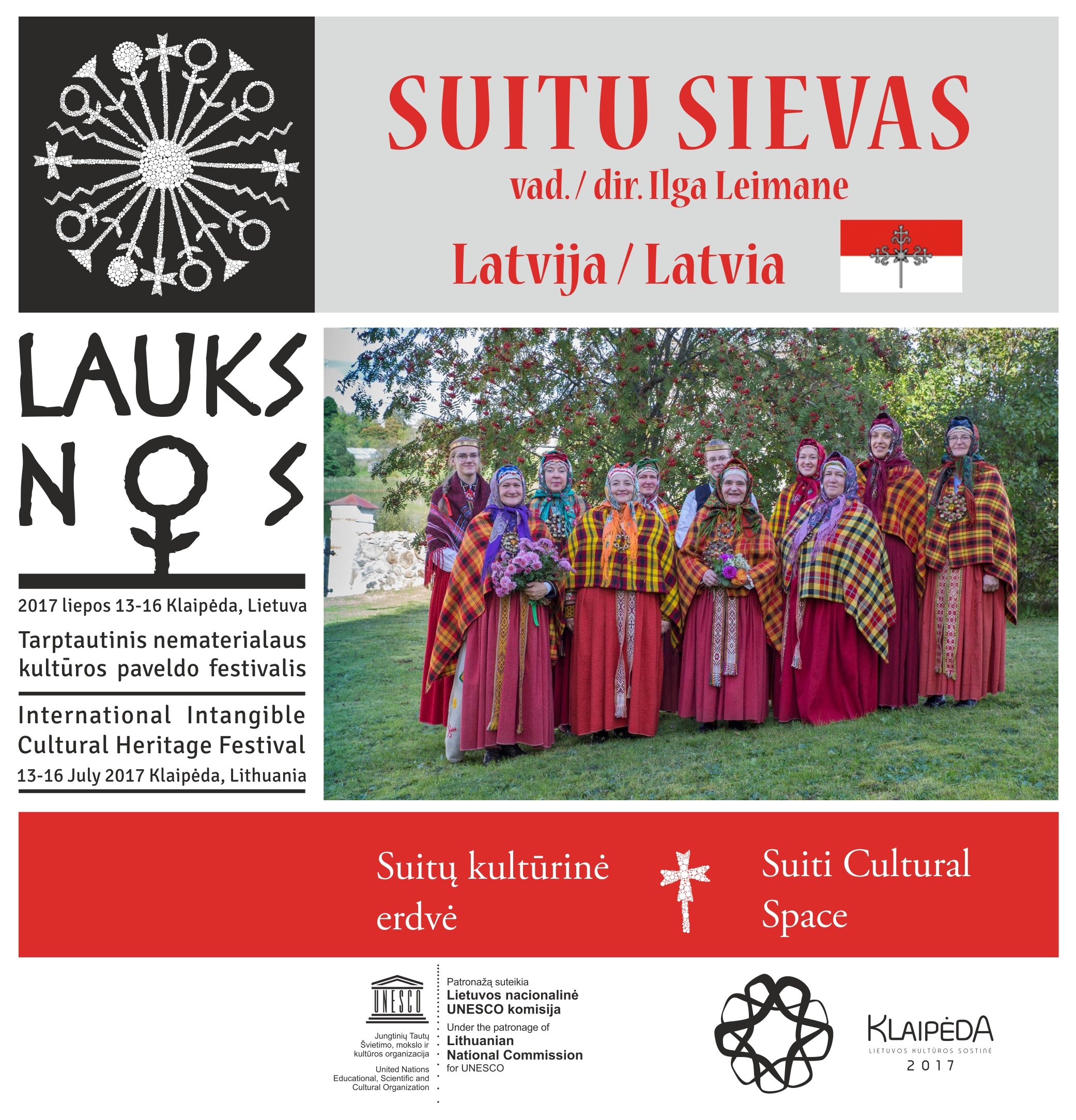 Folk group „SUITU SIEVAS“, dir. Ilga Leimane, was formed in 1955. In group’s repertoire there are songs that have been performed in this area by many generations. Often these songs were inherited directly from parents, however they use materials of Folklore archives of Latvian Academy of Sciences, too. Today Alsunga folk group „Suitu sievas“ is one of the most popular and sought-after folkgroups in Latvia with ~19 participants of all ages representing very rich Suiti cultural heritage. See more: http://www.suitunovads.lv/lv/kulturas_mantojums/ansamblji_kolektivi/alsungas_suitu_sievas/

Suiti cultural space (Latvia). Inscribed in 2009 on the List of Intangible Cultural Heritage in Need of Urgent Safeguarding.
The Suiti are a small Catholic community in the Protestant (Lutheran) western part of Latvia. The Suiti cultural space is characterized by a number of distinct features, including vocal drone singing performed by Suiti women, wedding traditions, colourful traditional costumes, the Suiti language, local cuisine, religious traditions, celebrations of the annual cycle, and a remarkable number of folk songs, dances and melodies recorded in this community. Older forms of extended family structures are still common here, and such families, where the transfer of skills from generation to generation takes place, are important bastions of Suiti cultural heritage.